Look at the whole thing! 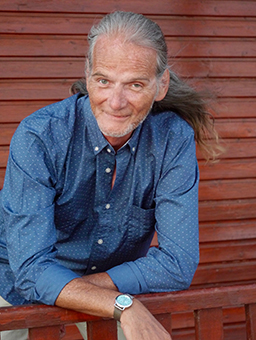 Alessandro de Poloni, born in 1954, worked for many years as a commercial specialist and system programmer for one of the largest armaments companies in the world. He later switched to the medical field, where he passed several exams and specialized in social-psychological counseling.

Since 2000 he has been intensively investigating the question: “Why are we here?”

In search of answers, he studied the history of the Sumerians, Egyptians and Greeks, researched hundreds of books and various writings, and became more and more aware that we are in schools and universities only half the truth is conveyed, and that the origin of man and his tasks on earth go in a completely different direction. In his trilogy “Attention, the countdown is already running” Alessandro de Poloni dares to do the balancing act from the factual, logical level of science to inexplicable phenomena and spiritual science to create an overall picture from which he then draws a logical, factual essence.

Alessandro de Poloni is of the opinion that everyone has the right to education and knowledge. Accordingly, he also informs his readers about secret actions in the fields of politics, science and medicine.

Quotes from the author 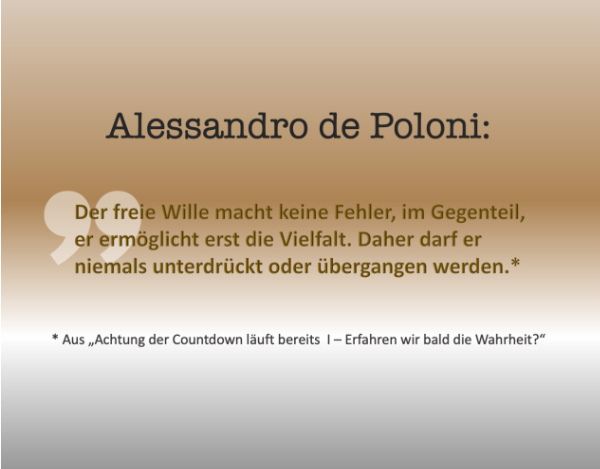 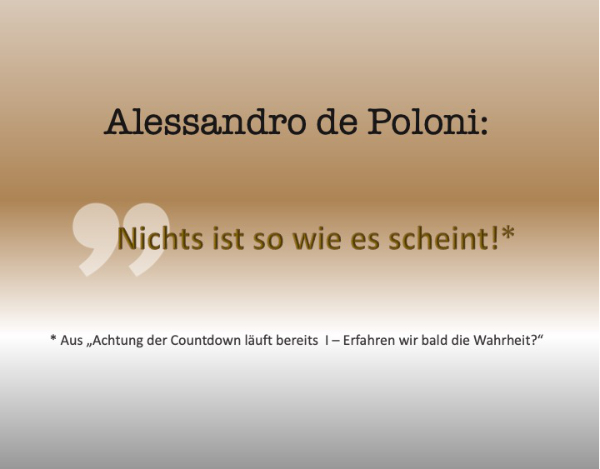 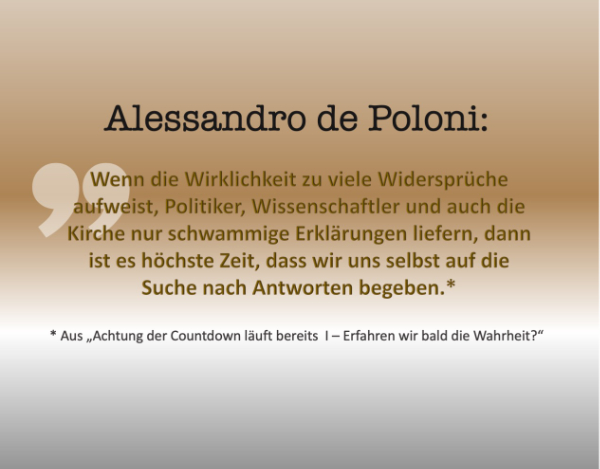 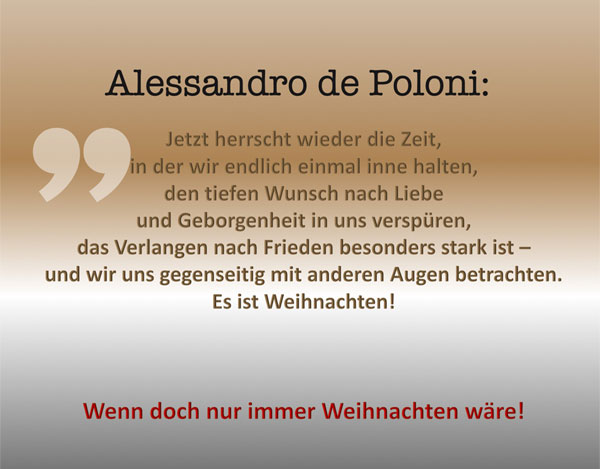 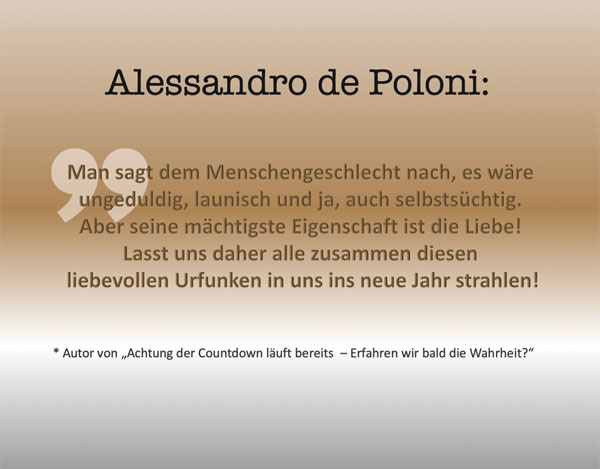 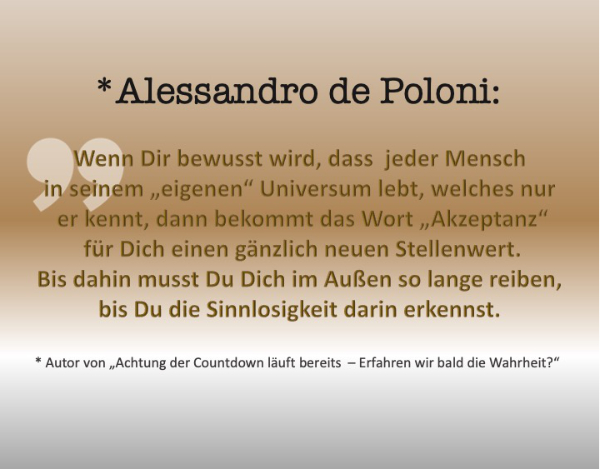 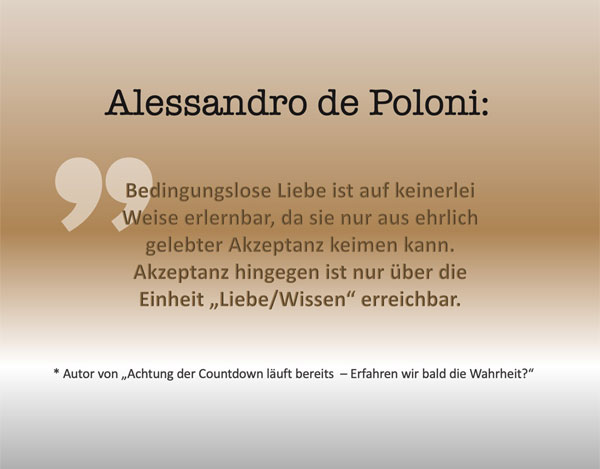 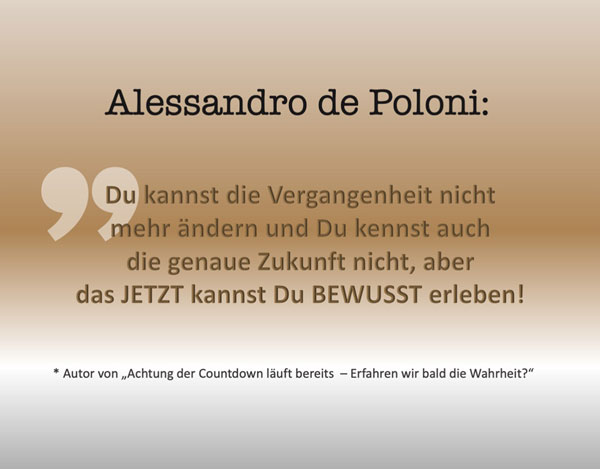 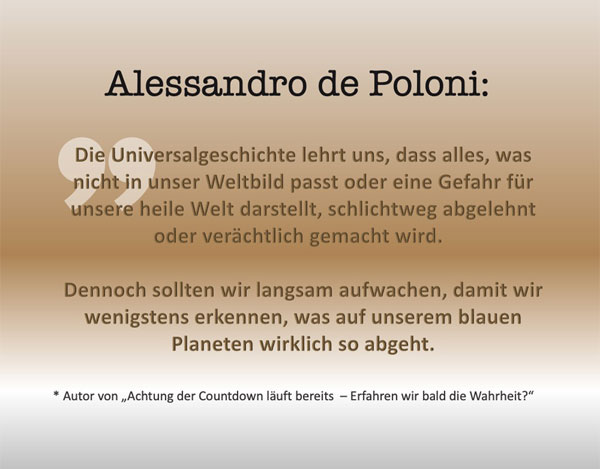 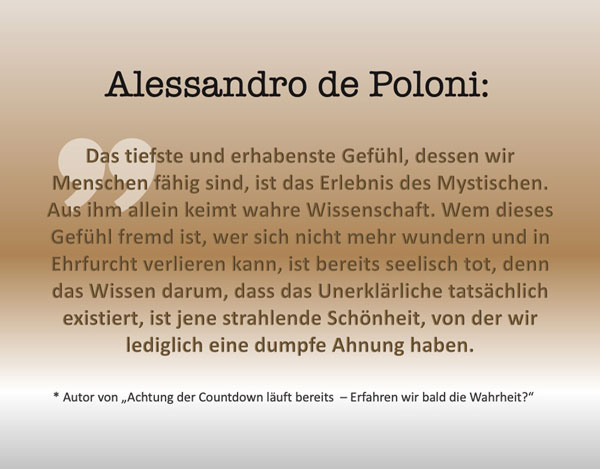 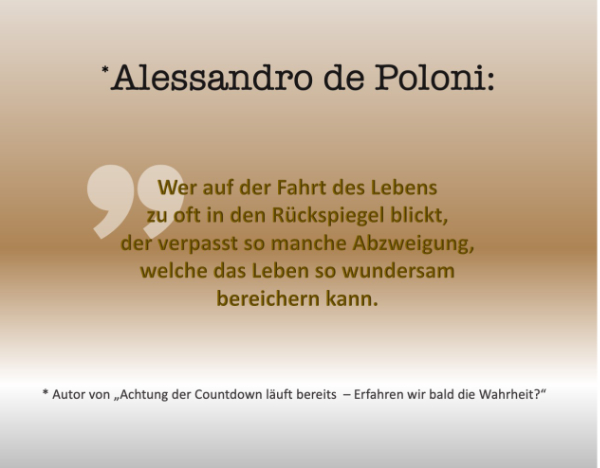 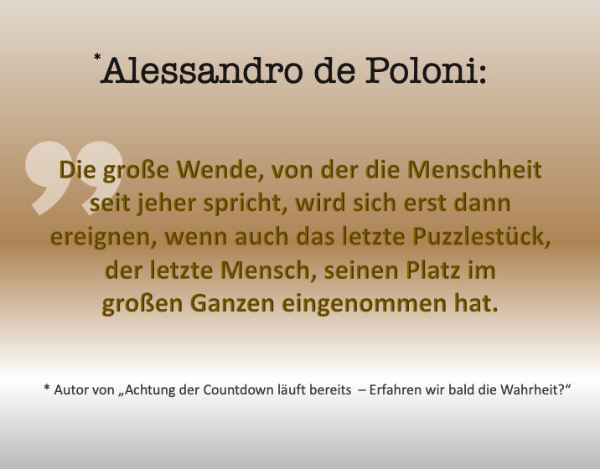